Have you ever wondered what makes Compressed Natural Gas (CNG) an environmentally friendly alternative to traditional fuel?

CNG natural gas is under constant pressure, clear and odorless. This means that CNG is not only friendly to our rich natural world, but can also be used as an alternative to saving.

CNG stands for Compressed Natural Gas is a mixture of gases such as Methane, Ethane, propane, butane, co2, etc.

The major constituent being Methane it is found dissolved in petroleum or in a huge amount under Earth surfaces in oil and gas bearing areas.

In India, its resources exist in Bombay-Offshore, Upper-Assam, Krishna, and Godavari basins, and Gujarat.

Refineries are a secondary source of nature has where the dissolved gases in crude oil are released during the refining process but in laser volumes.

CNG is a safe fuel being lighter than air is diffuses easily into the atmosphere and does not form a sufficiently rich mixture from combustion to take place.

In this respect CNG is superior to LPG or propane or even petrol storage of propane on the vehicle is not as difficult as CNG but the cost of propane is lighter than that of CNG.

The excellent knock resistance property of CNG allows the use of a higher compression ratio for increased power output and fuel economy compared to petrol.

Due to its anti-knock property, CNG can be safely used in an engine with a compression ratio as high as 12:1 compared to normal petrol (range of 7.5:12 to 10:1).

At this high compression ratio, natural gas fitted engines have higher thermal efficiency than those fueled by gasoline.

CNG has a higher octane number than petrol and it is, therefore, possible for CNG engines to operate at a higher compression ratio than petrol engines without knocking.

The fuel efficiency of a CNG engine is there for better than that of a petrol engine.

CNG presents more cost-effective emission reduction measures than quite a few other options that have been the subject of serious debate in recent months.

One of these options is the catalytic converter which cannot reduce the portion of the particular referred to as soot for diesel engines particularly.

Further and the reliability of the diesel catalytic converter has yet to be proven because of the higher sulfur content in the Indian diesel fuel.

The particulate trap is a high-cost device that is now under development of diesel engine and the process of generation of the trip to clean the disposal it carbon particle call of energy consumption and the possibility of pollution during regeneration.

Thus particulate traps are costly to install and costly to operate and maintain CNG engines over a better solution to eliminate particulate.

The importance of cost-effective efficient easy to maintain and user-friendly solutions to every come environmental problem cannot be over-emphasized, and CNG meets these requirements.

Why we should use CNG in India?

With its lower and emission levels and other advantages over existing fuels.

CNG is ideally suited to become the fuel of urban India it is especially ideal for Indian cities because:

The pipeline system required for distribution is easier to provide in cities than in rural areas.

The major portion of Indian vehicles is in the cities.

There is adequate mechanical expertise available in the cities.

In addition, to nitrogen in the induction combustion air, the exhaust has also contained the oxidation product of Nitrogen (NOX).

The emission of solids particulate emission is very low on Spark-ignition engine by comparison with a diesel engine and is negligible.

Owing to the minimum sulfur content of the CNG only a very slight amount of harmful sulfur dioxide is contained in the exhaust gas of the spark-ignition engine.

-Energy content per kg of CNG is similar to petroleum-based fuels.

-Self-ignition temperature is 730°C about 250°C higher than Petroleum.

Changes made to adopt CNG Engine

It is basically to feel the gas from the filling station with a built-in non-return valve.

For the faster feeling of cylinder 3. The feeling arrangement adopted.

It senses the gas cylinder pressure and communicates to an indicator on the driver’s dashboard pressure indicators of dashboards consists of four green bulbs and one red bulb the illumination of this bulb indicates the pressure level as given below:

Caution:- If the red bulb glows it is suggested that the vehicle needs to be taken to the nearest filling station for recharging cylinder with has to 200-bar pressure.

The high-pressure regulator reduces the pressure of the gas from 200 bars to 12 to 12 to 30 bars.

Normally the high-pressure regulator is set at the manufacturing and should not be adjusted in the field.

Located between the regulator operated by ignition switch when the valve is open gas passes from 1st stage to 2nd Stage regulator.

Caution: No repair/dismantling is recommended replace the unit is necessary.

It has three compartment:-

(A) Reduces pressure from 13 bar to 1.04 bar absolute (which is slightly above atmospheric pressure)

(B) Used for and speed governing of 2900/3000 RPM. by receiving signals from 3 way solenoid valve which is actuated by ESG unit.

All components of carburetor system except carburetor and regulator second stage regulator requires no overhauling only placement.

Gas carburetor because of its simplicity is unlikely to give any problems when properly installed with an adequate supply of gas.

The oxygen sensor is located between the engine exhaust manifold and catalytic converter rich air-fuel ratio supply fuel to mix with all the oxygen entering the engine.

A rich air-fuel ratio creates low oxygen levels in the exhaust because access fuel mixes with all the oxygen entering the engine.

when the lean mixture is used oxygen level in the exhaust also remains high.

The presence of unburnt Hydrocarbons in exhaust with oxygen would harm the life of the catalytic converter as well as result in emission.

The heated oxygen sensor the oxygen available in the exhaust.

The voltage from the oxygen sensor is fid to the engine management electronic control unit (ECU).

When the ECU is reading a high voltage indicating a rich mixture is respond by reducing the gas supply duration slightly to weaken the mixture.

As the mixture weakens the oxygen sensor voltage goes low and so the ECU enriches the mixture.

By constantly increasing and then reducing the mixture strength the air/fuel ratio is kept at 17:1.

To prevent the mixture from swinging between rich and lean the ECU contains an integrator circuit that has the effect of averaging out the oxygen sensor readings.

The commander basically a microprocessor that gets two input signals (1) the RPM signal from the ignition coil negative and (2) another signal from the oxygen sensor is proportional to the oxygen availability in the exhaust pipe.

Depending upon the signals the fuel delivery into the engine will be verified by regulating the vacuum stage regulator by FCV-1.

The restrictor is incorporated in between the 2nd Stage regulator and 3-way valve after the T piece.

As the name implies it restricted the flow of vacuum signal from carburetor to 2nd Stage regulator for faster response.

This is necessary for reaching an effective signal from FCV 1 to 2nd Stage regulator which in turn respond in regulating gas supply to the carburetor.

The vacuum control which census the air intake manifold vacuum and the vacuum levels reach below 3 inches of mercury the valve will become operational.

As the valve opens the commander circuit will be bypass and 2nd fuel control valve will be actuated.

The ignition coil consists of metal housing which accommodates primary and secondary coil on and off the primary current will induce a secondary voltage.

This is the contactless distributor that provides the RPM signal to the trigger box and also distributes High tension voltage to the individual spark plug.

The HT connection of the spark plug will be as per firing order.

That trigger box provides the making and breaking of the primary current of the ignition coil.

The sensing of the RPM of the engine is from the signal from the ignition distributor.

This does the function of the contact breaker of the conventional distributor.

This is the ignition source of the air-fuel mixture.

The secondary voltage developed by the ignition coil discharged in between the central and ground electrode of the spark plug as a spark.

The initiation of combustion cricket only is a spark plug.

Warning: In any CNG engine fitted miss firing or miss firing expert in the cylinder will head to catalytic converter damage.

The ESG unit senses the engine RPM from the ignition system signal and activates the Three-Way valve for controlling the engine RPM on failures of ESG unit the engine cannot be started on Rises beyond buying on specified RPM.

The 3-way valve is part of an end speed governing circuit this valve is actuated by a solenoid which obtains a signal from the ESG unit depending upon the engine RPM.

Of the three ways, one is the outlet the remaining two inlets are selectively connected to the outlet depending upon the ECG signal received.

The battery in the electrical system performs the function of a chemical storage device for electrical energy generated by the alternator the lead sulphuric acid battery is used for this purpose.

By switching off the switch both the battery terminals circuit in enterally cut off from the vehicle electrical circuit.

This situation is essentially required whenever repair work is being carried out in the electrical system this is situated near the driver seat who can easily operate this manually.

In case a vehicle is not operating for more than a day then switching off the regulations which battery discharge can be avoided.

Ignition switch when is on position supplies current for Spark generation.

This necessity of 12V supply for ignition and closed-loop system components need the battery voltage of 24V converted to 12V the converter supply power to the following circuits.

Do’s and Don’t for CNG Engine

We hope readers can understand this “What is CNG? and Why we should use CNG in India?” article and basic fundamentals of a CNG engine system. 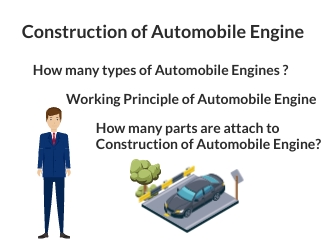